Hi,
by accident, my laptop fell from table height, straight onto the usb port with the nitrokey pro v1 plugged into it.
The nitrokey is broken into parts:

A naive attempt at reassembly does not provide any result: the nitrokey remains undetected, although I have no way of telling whether I reassembled the device correctly.

Are there any resources that would be relevant to this issue? Also I might have to solder or glue the smartcard mount back onto the circuit, are there any recommendations as to a method for this? 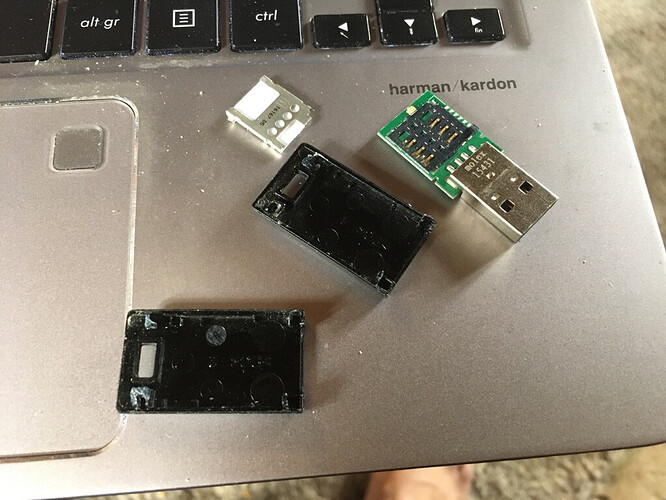 Indeed tearing off the smart card jacket looks unlucky. I do not see any other major damage though - can you show the other side of the device?
Firmware is designed in a way that Nitrokey Pro does not show up in the OS until it will not detect the smart card on board. Assuming the other side is not damaged (the one with the MCU), making the proper smart card connection should do the job.
As to how to make it working again, here I need to speculate.
If the other part of the smart card jack is getting into the way (the one which is holding the smart card right now on the attached picture), then I would remove it and tape the smart card to the connector. I guess that the holder broke completely. Maybe just soldering the holder to the rest of the jacket would do the job?
Let me ask teammates about that.

Looks like it should be possible to fix it with a tape, no soldering required.
Smart card should be removed from the holder. You need a double-sided tape to keep the smart card steady on contacts (just place a small rectangle between the pins), and another tape around this, pressing smart card to PCB pins on the first tape turn.
You need to be careful about smart card position and orientation. The end result should be smart card being firmly located in the same place as before the accident.
The top part of the jacket is probably bent and might not be usable anymore. 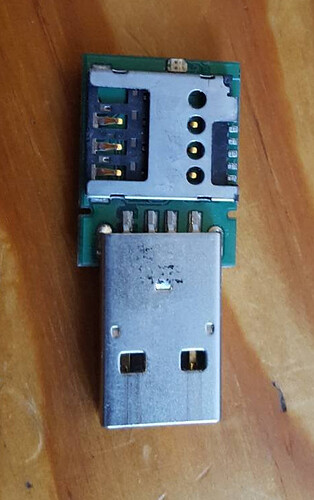 Thank you so much @szszszsz
Actually the photograph was all that was needed for the reassembly. It looks like the jacket wasn’t glued onto the plastic but rather snapped into place, and I didn’t know which way to put it back. Thanks to the photo, I could figure it out and the jacket looks attached firmly enough, and the card slides into place nicely.

The nitrokey has come back to life now, I was afraid it would be much worse! All I have to do now is to close the case shut so that the assembly doesn’t move anymore. 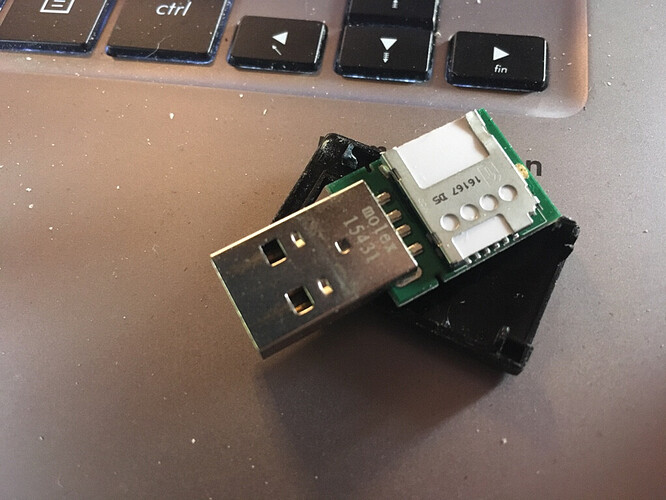 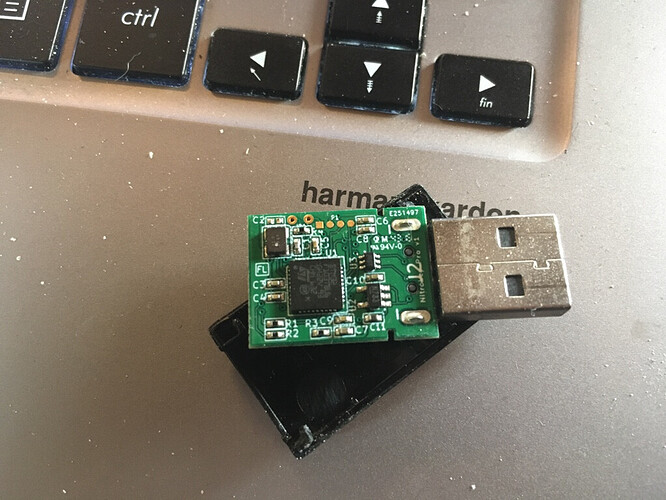