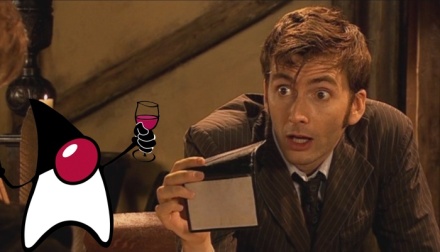 The long-running BBC sci-fi show Doctor Who has a recurring plot device where the Doctor manages to get out of trouble by showing an identity card which is actually completely blank. Of course, thi…

Since all Nitrokey Fido2 devices only support ECDSA, there is no alternative algorithm to switch to and users authenticating to affected backend implementations are screwed.

Backends such as Gitlab implement safe curve crypto such as ed25519 and therefore allow the use of an alternative.

As was already requested here [1], it would be good to have an alternative implemention available, as supported (though not required) by the Fido2 standard.

Other Fido2 vendors already provide such alternatives and their users can switch to those to avoid that risk.

I would like to point out that issues like CVE-2022-21449 are very much the reason why many respectable cryptographer recommend the use of safe ecc implementations https://safecurves.cr.yp.to/

Implementing the (NSA developed) ECDSA algorithm is required by the Fido2 standard but Fido2 devices can default to alternatives such as ed25519 and I would think that would make sense for an open source hardware vendor such as Nitrokey.

Having this said, I would love to see ed25519 curve finally added! I will bring this up on the next internal discussion.

Edit: here is a nice summary on the differences ECDSA vs EdDSA:

I think the biggest issue is that the nitrokey f2 according to the site has a secure element in it, which likely (has been a topic on Pro and storage already) doesnt support 25519.

and while there hasnt been any proof yet of NIST curves having backdoors, having 25519 (or heck, even 448 as well) if possible would be a great advantage. Aside from that the eddsa algo is iirc safer to implement as in that there are iirc less avenues for errors like needing a good random number being a big thing I have read somewhere.